In Matt 17:14-21, the Bible records the account of a certain man whose son was afflicted with a condition that caused him to do harm to himself and he was a constant danger to himself. His father said that he would occasionally fall into the fire or into the water. Like most parents, the father would have almost exhausted all the possible avenues for a cure for his son’s malady. When he heard of the disciples’ power to heal, he brought his son to them so that they could heal him. Unfortunately, he must have been greatly disappointed when the disciples of Jesus also could not heal him.

According to Matt 9:35, Jesus Himself “went about all the cities and villages, teaching in their synagogues, and preaching the gospel of the kingdom, and healing every sickness and every disease among the people.” So, Jesus gave the same power to His disciples.

Unfortunately, in this instance, the nine disciples could not heal the person who had been tormented by this sickness since he was a child (Mark 9:21). According to the accounts of both Matthew and Mark, Jesus was not with them at that time because He had gone up to the mountain together with Peter, James & John where He was transfigured and God the Father had testified with His voice saying: “This is my beloved Son: hear him.” (Mark 9:7). Evidently, the other nine disciples who did not go with Jesus up to the mountain could not heal the poor afflicted son.

Nonetheless, the father did not give up hope because when he saw Jesus, he knelt down before Him, and said, “Lord, have mercy on my son” (Matt 17:14, 15). The father pleaded for mercy to be extended to his tormented son. The multitude watched the unfolding drama. The scribes were questioning (or most probably challenging them) the nine disciples in the absence of their master – probably because they had not been able to heal the tormented son. According to Mark 9:16, Jesus “asked the scribes: what question ye with them?” – and reference was then made to the fact that His nine disciples could not heal the tormented son.

But the father’s interest was simply that his son be healed and he was not concerned with whatever disputes that the scribes had with Jesus and His disciples. So, he pleaded for mercy from Jesus so that his son could be healed. He said to Jesus: “if thou canst do any thing, have compassion on us, and help us.” (Mark 9:22)

Like many today, the father thought nothing of what he himself needed to do in order for his child to be healed; he was focused on what others could do for his son – so he asked Jesus to do something and help his son. But Jesus emphasized that he himself needed to do something first if he wishes his one to be healed – he needed first to believe in God and His power to heal. But he has not yet seen his son healed; so how could he believe? Yet, he needed to believe first – probably based on the many healings Jesus had performed prior to this instance.

Jesus then said unto him: “If thou canst believe, all things are possible to him that believeth. And straightway the father of the child cried out, and said with tears, Lord, I believe; help thou mine unbelief” (Mark 9:23, 24). The father pleads for compassion and help for his son. In response to the father’s statement “if thou canst do anything”, Jesus pointed out to the father that the problem was not with whether Jesus “can do anything” for the son, rather the question was whether the father had faith in God’s power to heal.

The father immediately understood Jesus and cried out with tears, “Lord, I believe; help thou mine unbelief”. The father expressed his personal belief in God but realizes that his faith may not yet be strong enough and so, he asks for help for whatever may be lacking or inadequate in his faith. The Bible tells us about faith that comes from hearing the word of God (Rom 10:17) and that faith can and should increase from as small as a mustard seed. In Luke 17:5-6, “the apostles said unto the Lord, Increase our faith. And the Lord said, if ye had faith as a grain of mustard seed, ye might say unto this sycamine tree, Be thou plucked up by the root, and be thou planted in the sea; and it should obey you.” We need to realize that we need to build up and strengthen our faith by feeding on God’s word (1 Pet 2:2; 2 Pet 3: 17, 18)

Whatever amount of faith the father had, he had expressed it – and being concerned that that level of faith may not be enough, he asked the Lord to help him. God does not demand that we must have incredibly strong faith before He can help us. He asked only that we start to have faith in Him and that we be prepared to ask God, like the disciples in Luke 17:5, to increase our faith. In 2 Thess 1:3, Paul wrote of the church at Thessalonica: “We are bound to give thanks to God always to you, brethren, even as it is meet, for that your faith growth exceedingly…” Yes, indeed our faith ought to grow. But as the father learned, even with the little faith that he had, God was willing to bless him with the healing of his son. Yes, upon his confession of faith, Jesus healed the tormented son, thereby immediately demonstrating that He was truly the Son of God.

The power is not in the greatness of our faith but in the greatness of God’s power – we must believe in God. Jesus emphasized the same requirement in Mark 11:22-24: “And Jesus answering saith unto them, Have faith in God. Verily I say unto you, Whosoever shall say unto this mountain, Be thou taken up and cast into the sea; and shall not doubt in his heart, but shall believe that what he saith cometh to pass; he shall have it. Therefore I say unto you, All things whatsoever ye pray and ask for, believe that ye receive them, and ye shall have them.”

According to Matt 17: 19-21: “Then came the disciples to Jesus apart, and said, why could not we cast him out? And Jesus said unto them, Because of your unbelief: for verily I say unto you, if ye have faith as a grain of mustard seed, ye shall say unto this mountain, Remove hence to yonder place; and it shall remove; and nothing shall be impossible unto you. Howbeit this kind goeth not out but by prayer and fasting.”

The problem of the lack of faith affects not only those seeking deliverance from God but also those seeking to do God’s work. In the present instance, Jesus explained why the disciples could not heal the sick and afflicted boy – it is “because of your unbelief” and that fact they needed to “fast and pray”. Jesus emphasized that “if ye have faith as a mustard seed…, nothing shall be impossible unto you”. However, it also requires their effort in self-denial and much prayer. God can work far greater works than we can possibly imagine, if only we have the faith God expects of us, accompanied by our earnestness with fasting and prayer. In Eph 3:20, Paul reminded us of “Him that is able to do exceeding abundantly above all that we ask or think, according to the power that worketh in us” and he himself declared in Phil 4:13: “I can do all things in him that strengtheneth me.”

So, when we come across seemingly impossible obstacles and challenges in our lives, let us exercise our faith towards God, and ask with confidence for His help in all things – for we are assured as the father of the sick child was similarly assured that with God all things are possible. Past disappointments even with those who are servants of God (as the father experienced with the nine disciples of Christ) should not cause us to become skeptical or doubtful of God’s power and mercy towards those who believe in Him. As the Psalmist says in Psalms 23:4: “Yea, though I walk through the valley of the shadow of death, I will fear no evil: for thou art with me; thy rod and thy staff they comfort me.” 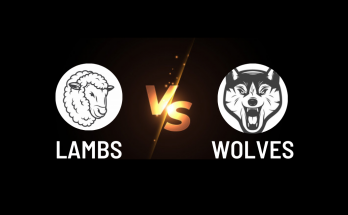 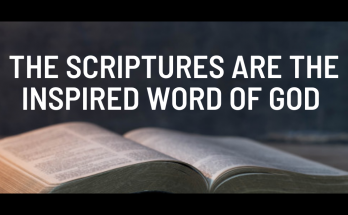 THE SCRIPTURES ARE THE INSPIRED WORD OF GOD 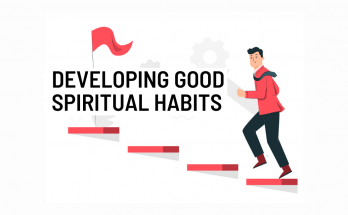