The above phrase is found in the model prayer provided by our Lord Jesus Christ – alongside all the other important matters that are included in the model prayer such as the doing of God’s will, our daily provisions and the need for forgiveness even as we forgive others.  This highlights the ever-present challenge of temptation in our lives and the real danger of falling into evil.

Our adversary is ever active and seeks to overcome us – during our times of weakness or complacency or neglect. The apostle Peter warns us to “be sober-minded; be watchful. Your adversary the devil prowls around like a roaring lion, seeking someone to devour.

Resist him, firm in your faith, knowing that the same kinds of suffering are being experienced by your brotherhood throughout the world.” (I Pet. 5:8,9). We are told to be sober-minded and watchful.

The idea of sober-minded suggests that one needs to be ever vigilant, temperate, watchful and circumspect. We should not give the devil an opportunity to catch us unawares. We should guard our hearts, minds and actions.

Oftentimes, we underestimate our enemy and fail to realize that he is ever watching for an opportunity to cause our fall. In Luke 22:31, 32, Jesus said to Peter: “Simon, Simon, behold, Satan demanded to have you that he might sift you like wheat, but I have prayed for you that your faith may not fail. And when you have turned again, strengthen your brothers.” In the afore-stated account, Jesus knew what the devil was up to and that Peter was being targeted. Hence, He said that He has prayed for him that his faith may not fail – although Peter would fall, he would rise again and be strong encourager to his fellow brethren.

Are we aware of what the devil is up to lately? Sowing discord among brethren is certainly one of his ploys. In Prov. 6:12-19, the Bible warns of the “worthless person, a wicked man, who goes about with crooked speech, winks with his eyes, signals with his feet, points with his finger, with perverted heart devises evil, and continually sowing discord”; and that the Lord hates “one who sows discord among brothers”.  Jesus prayed for unity among brethren (John 17:21-23) because He knows that in unity there is strength. In Mark 3:24, 25, Jesus said: “If a kingdom is divided against itself, that kingdom cannot stand. And if a house is divided against itself, that house will not be able to stand.”

Brethren, do not let the devil use you to sow discord among brethren. It may appear as an innocent attempt on your part to react to a hurt that you may have suffered – perhaps wrongfully. But just as when Cain was angry with his brother, the Lord warned Cain in Gen 4:6,7: “The LORD said to Cain, “Why are you angry, and why has your face fallen?

According to I Pet. 2:19, the Bible says: “For this is acceptable, if for conscience toward God a man endureth griefs, suffering wrongfully.” In other words, there is no need for us to react to every wrong that is done to us. If for conscience towards God, in other words, if we trust and respect God, we will be prepared to endure grief or hurts, suffering wrongfully.  We ought not to lash out with unwholesome words or actions in reacting to such unfair or unreasonable treatments – as that would give the devil the perfect opportunity to pounce on you and others. As the Bible warns in Eph 4:26, 27: “Be angry and do not sin; do not let the sun go down on your anger, and give no opportunity to the devil.”

Brethren, the devil is always seeking to sow discord among brethren. Let’s be watchful and not give the devil an opportunity. Let’s pray that God will deliver us from temptation (I Cor 10:13) and let us be watchful against the devil. Learn to love and forgive and not be vengeful or seethe in our rage or pain. Let us seek peace among brethren and encourage healing rather than aggravate the pain or wounds already inflicted intentionally or otherwise so that we can together defeat the devil – who is crouching at the door of our hearts. 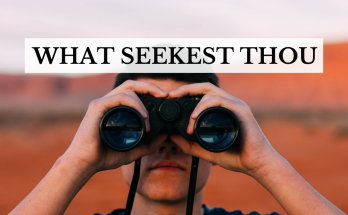 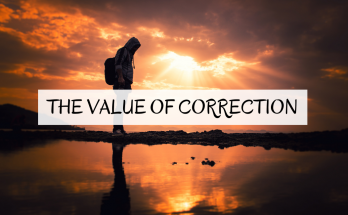 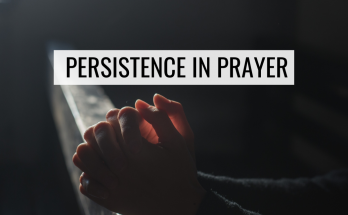